I wrote about ECDSA handling in LibreOffice last year, back then the target was to be able to verify signatures using the ECDSA algorithm on Linux.

Lots of things happened since then, this post is meant to summarize those improvements. My personal motivation is that Hungarian eID cards come with a gov-trusted ECDSA (x509) cert, so handling those in LibreOffice would be nice. My goals were:

Let’s see what has happened:

I could test hardware-based signing after this, which was fine out of the box on both platforms. Some screenshots: 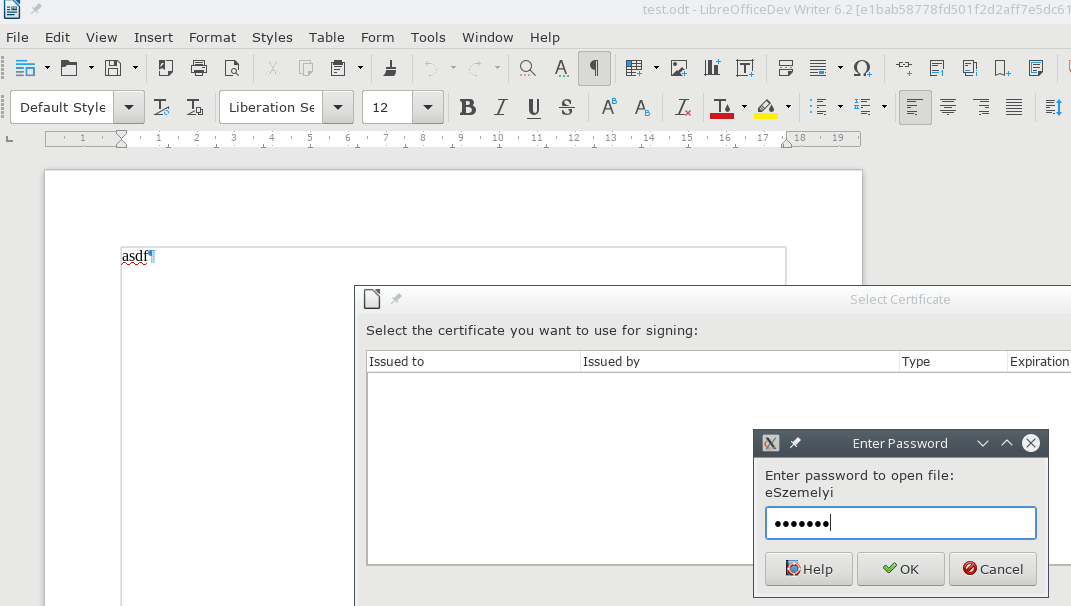 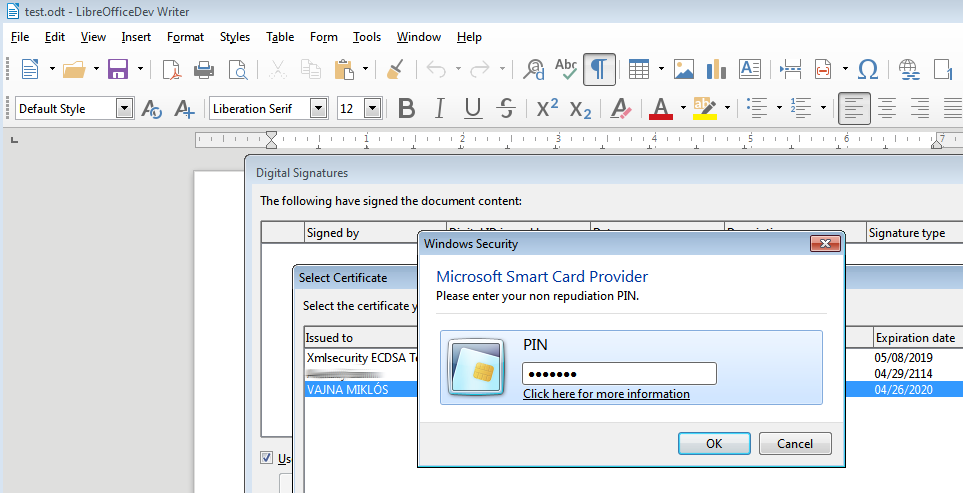 (There is no reason why this would not work on macOS, but I did not test that.)

Thanks Gabor Kelemen who helped me to get a sane card reader that has reasonable driver support on Linux.

All this is available in master (towards LibreOffice 6.2), or you can grab a daily build and try it out right now. :-)