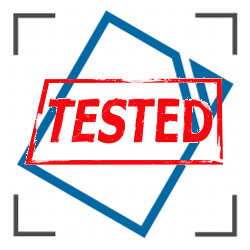 Earlier I wrote about my setup to hack libvisio. One missing bit was testing the contributed code. Testing can be performed at various levels, so far DLP libraries were tested by recording the output of the various foo2raw tools and then comparing the current output to some previously known good state. This has a number of benefits:

The same technique was used in LibreOffice for Impress testcases initially, however we saw a drawback there: Being automatically generated, you have no control over what part of the output is important and what part is not — both parts are recorded and when some part changes, you have to carefully evaluate on a case by case basis if the change is OK or not. The upshot is that from time to time you just end up regenerating your reference testsuite and till the maintainer doesn’t do that, everyone can only ignore the test results — so it doesn’t really scale.

In short, both techniques have some benefits, but given that the libvisio test repo is quite empty, I thought it’s a good time to give an other method (what we use quite successfully in LO code) a go, too. This method is easy: instead of recording the whole output of some test tool, output a structured format (in this case XML), and then just assert the interesting part of it using XPath. Additionally, these tests are in libvisio.git, so you can nicely put the code change and the testcase in the same commit. So the hope is that this is a more scalable technique:

Technically this method is implemented using a librevenge::RVNGDrawingInterface implementation that generates XML. For now, this is part of libvisio, so in case you want to re-use it in some other DLP library, you need to copy it to your import library, though if indeed multiple importers start to use it, perhaps it’ll be moved to librevenge. The rest of the test framework is a simple testsuite runner and a cppunit TestFixture subclass that contains the actual test cases.

So in case you are planning how to test your import library, then now you have two options, evaluate them and choose what seems to be the better tool for your purpose.